The artistic path of Christiane Gossel ( 1960) led from wood sculptures via metal sculptures to works on paper and canvas. In the course of that development, her work has acquired a calmer and more meditative character.​

A sheet of white paper offers all possibilities. Materially it is a two-dimensional surface, immaterially it becomes an unlimited space. On paper, Christiane has the ability to create drawn lines that can overlap, suggest openness and/or closedness and spatial orientation while canceling them out.

'The Line', which shapes the meditative character and the background that gives space to the line, has become the subject. Mainly on a processed white, almost monochrome surface, on a linen or cotton canvas.

Simplicity and clarity are found in an extensive and lengthy painting process, as complex as the spectator's effort to open up to the contemplative content. Ultimately, the viewer finishes the presented object himself.

She sees her work as the counterpart of this time with its rapidly changing images. Her works ask to slow down, to take a step back and then to look ahead.​

The subtle layers of perception

By appl​ying several subtle layers of color the focus is lost , this ask us to slow down for an intense experience of Infinity .Through a combination of reduction and repetition by taking away the pictoriality, it is possible to discover what is left in order to playfully open up a new space for reflection and inviting us to take a step back in order to look forward.​

It is amazing how airy a white painting is and how it melts with the wall.  The white painting doesn`t sepperate you from the room - it becomes part of it

I`m not looking for a balanced dialog between line and colour or between top and down, rather it is about the line, the line it zelf or the line which can be a support for an metaphor. It is first of all the drawing of a line that creates a spartial structur of the image of space of surface. The viewer is te agent who perceives the pictorial structure.

My works have a quiet meditative character. Her overall impression focuses on the linear rhythm of the line. This meditative quality is reflected in the line and in its rhythm. 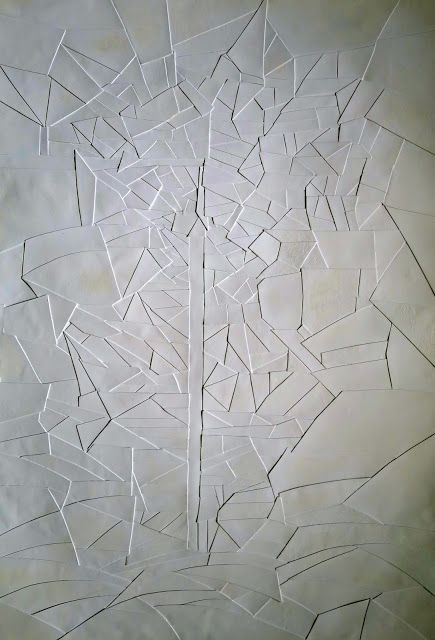 Oops, you forgot something.

The words you entered did not match the given text. Please try again.

url=https://fluoxetine.run/ says...
where can i buy prozac online uk

url=https://onlinepharmacy.icu/ says...
sure save pharmacy

url=https://gabapentina.online/ says...
how much is neurontin